We only stayed one night in Boğazköy, but that little village has been my favorite so far. The group from Hillsdale who came to Turkey last year told tales of climbing a hill with a single tree on top outside of the village early in the morning. We were on a mission to locate the hill as soon as we got to the hotel. From the third floor of the hotel, we quickly located the hill. It sat staring at us just beyond the village. Seven friends and I decided to leave at 5 a.m. to hike up the hill to watch the sunrise. We knew the way through the village from exploring the evening before, so we were able to make it to the hill in short order. It only took us 25 minutes total to get from the hotel to the top.

The famed hill with a single tree: 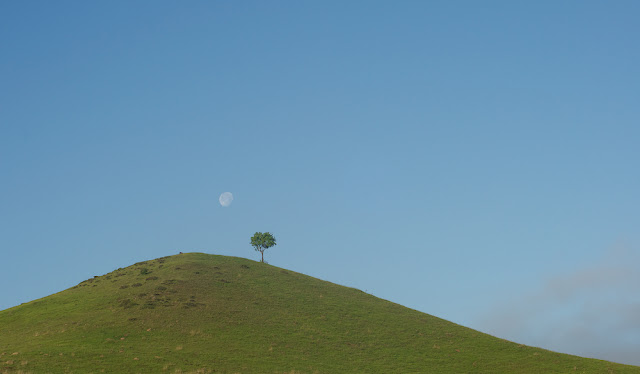 From the top we had quite a view. We got to watch the sun reach over the hilltops and spread its warmth over the countryside. Here are a few shots of the view. The tree in the first one is the single tree whose company we so eagerly sought. 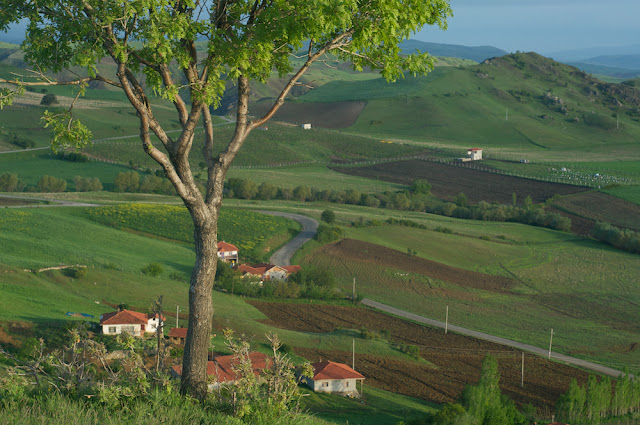 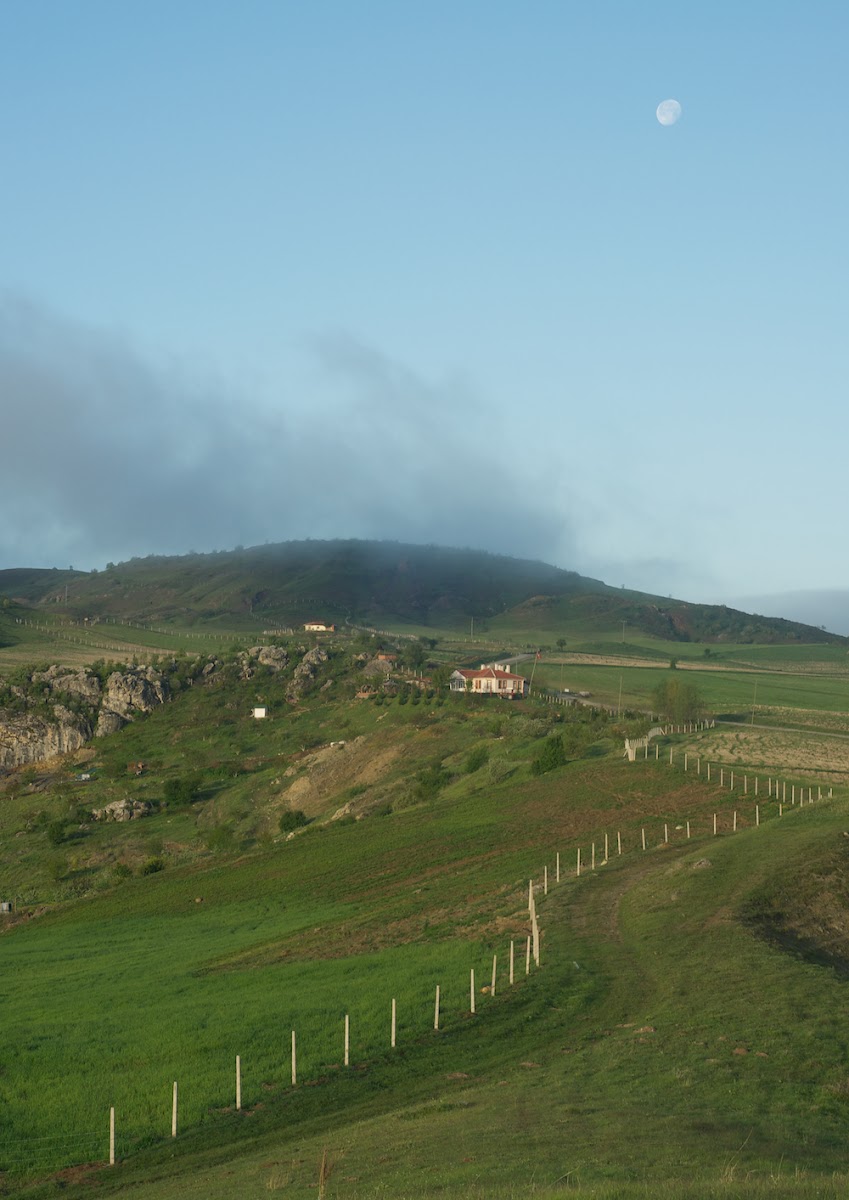 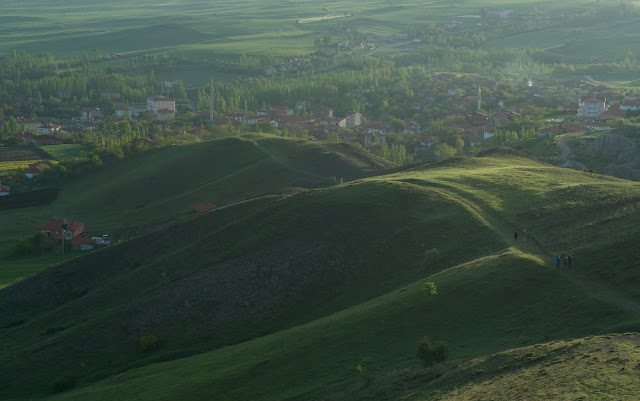 Five of the eight made their way down the hill and back to the hotel after sunrise while three of us stayed on the top to take photos. Aaron Mortier (my Alaskan friend), Barbara (my Slovakian friend) and I were the three who stayed behind. Soon, Barbara followed along the path the others took back to the hotel. I snapped a few more photos, then made my way down as well. I looked back after I made it down the hill and saw Aaron on top looking like the Little Prince standing by his baobab tree. Naturally, I snapped another photo, then went on my way. I eventually caught up to Barbara who also stopped to take various photos, then we went on our way.

We happened upon a Turkish farmer who must have just finished his morning chores in the barn. It was only 5:45 in the morning. I said “merhaba!” (Turkish for Hello) and went over to him, motioning to my camera and to him, which is how I ask to take someone’s photo if I do not know their language. He smiled and nodded, so I took a portrait of him. He then motioned like he wanted to show Barbara and me something. He took us in to his barn and showed us his two milk cows and his two precious calves, who were suckling their breakfast from their mothers. He also showed us his chicken with its little chicks. He was very proud to show us what he has. Even though this is a small, poor village, the people are kind, genuine, humble, and proud of what they have. It is refreshing. This village and this farmer have a special place in my heart now.

While the farmer was showing Barbara and I around his barn, his wife came out. I took a nice portait of the two of them, got ready to say goodbye, but he held his finger up and asked us to wait a moment. He pulled a branch down from his tree and started picking something it. I didn’t exactly know what he was doing, so I took photos of him and snapped a few photos of his wife taking to Barbara. She knows a few Turkish phrases, so she asked the farmer’s wife the names of each of the animals in Turkish. By this time, the man finished picking little green fuzzy things out of the tree and gave Barbara and I each a handful. He motioned for us to eat. He ate one, too. We bit in and they tasted like a cross between a pea and an unripe plum. A little sour, but sweet as well. I thought they were delicious. He called them “badem.” It turns out they were green almonds! Delicious! It warms my heart to know that this poor man in a small village generously shared what he had with us. He is a very kind man. I will remember his kindness and hospitality forever.

Here is a photo of the farmer’s wife: 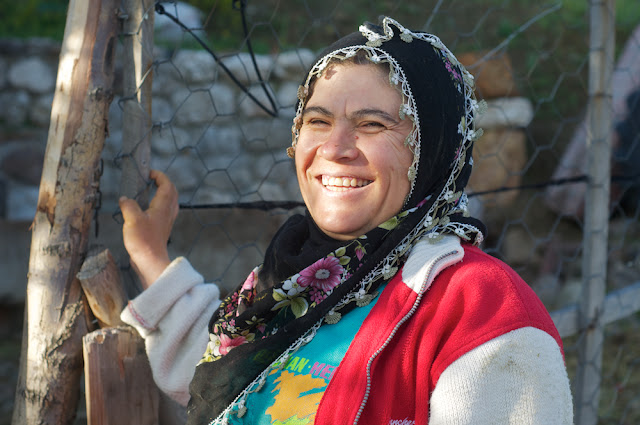 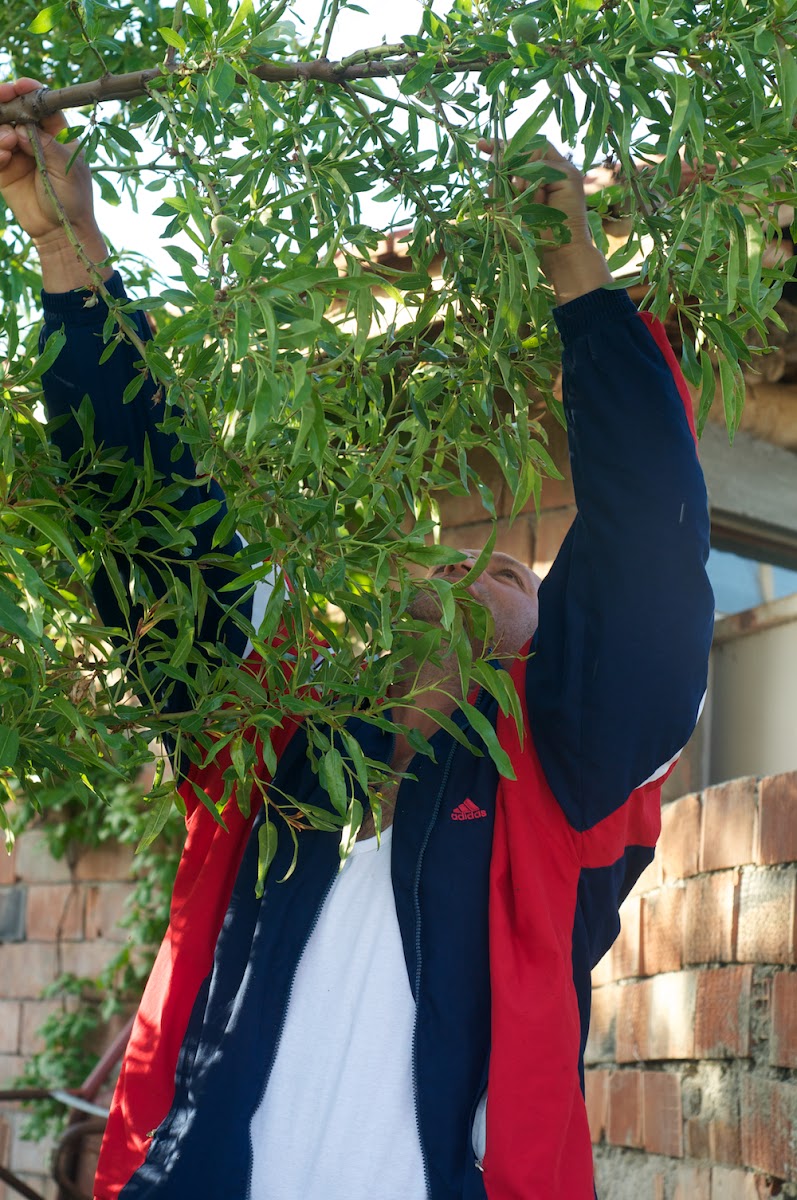 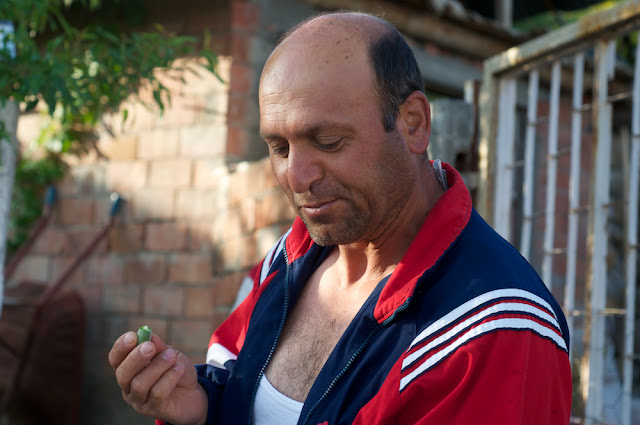 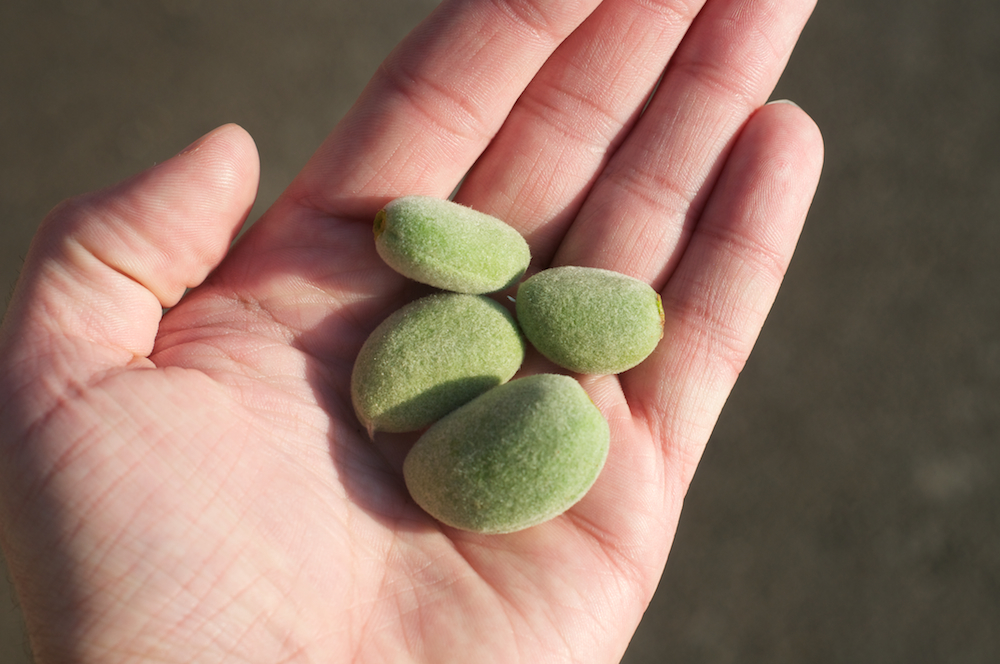 This little village has charmed me. I got many offers to come in and have tea with people and each shop owner I photographed proudly showed me around his small shop and posed for a photo in it. The children were playful and wanted to play “futbol” with my friends. The old men sitting around outside happily spoke to us with the few English phrases they knew and smiled as we stumbled our way around the few Turkish phrases we knew. I saw two of these men while walking back from our hiking adventure and they both smiled, waved, and shouted, “Merhaba!” Even the police of the town stopped their vehicle by us and asked us to pose for a photo with them. Their kindness is refreshing and they all hold a special place in my heart. I’d love to go back and visit some day.